When I first started thinking about a book cover I knew I wanted it simple, elegant, and it had to have the symbol of The Last Order Silas designs for Lana in the book.

As a photographer, I knew I could shoot my own cover if I needed to, but in my heart I really wanted to leave Lana to the imagination of readers.

So I went to my dad and asked him to draw the symbol. After a week or so he finally came up with two options.

We went to lunch and you would have thought he was meeting a stranger not his daughter. He was so nervous, it was cute. I love my dad. 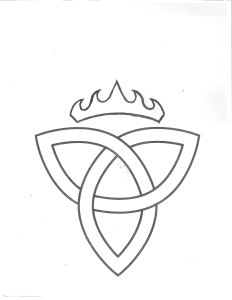 Both photos are original drawings and they are protected by copyright laws. ©rocketcircuspress

I decided on the crown above the triquetra. The triquetra knot is a Celtic symbol that can represent a few different things, but I chose it because of its connection to women and unity.

I loved the drawings and from there I moved forward and scoured the internet for stock photos. I searched for hours to find the right pictures.

I wanted the cover to have a leather look and feel, so I chose this background from www.dollarphotoclub.com.

Next, I found a wall with Ivy and removed the wall and kept the ivy, which was very tedious work. I used the ivy in several places by rotating it and flipping it. This also came from www.dollarphotoclub.com. 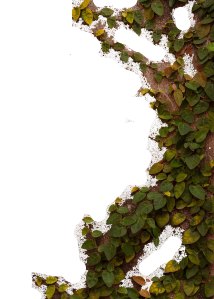 After that, I needed a way to emphasize the Last Order symbol, so I found this grey  splotch and placed it on the front and back, and used a blending layer.

Lastly, I placed the symbol where I wanted it and also used a blending layer. Then I added an inner glow, and bevel & emboss effects. You can still see the guides I used for the layout in this photo.

Next the title, and author name were added. I used 2 different fonts that gave it a Celtic feel. Then, to make the words pop off the page effects were added. Below is exactly what I had.

I knew it was missing something so I found the flowers and added them for the finishing touch. I was honestly surprised I pulled it off, but I was able to use my photography background to create a beautiful cover that I hope you love.

Add this beautiful book to #goodreads